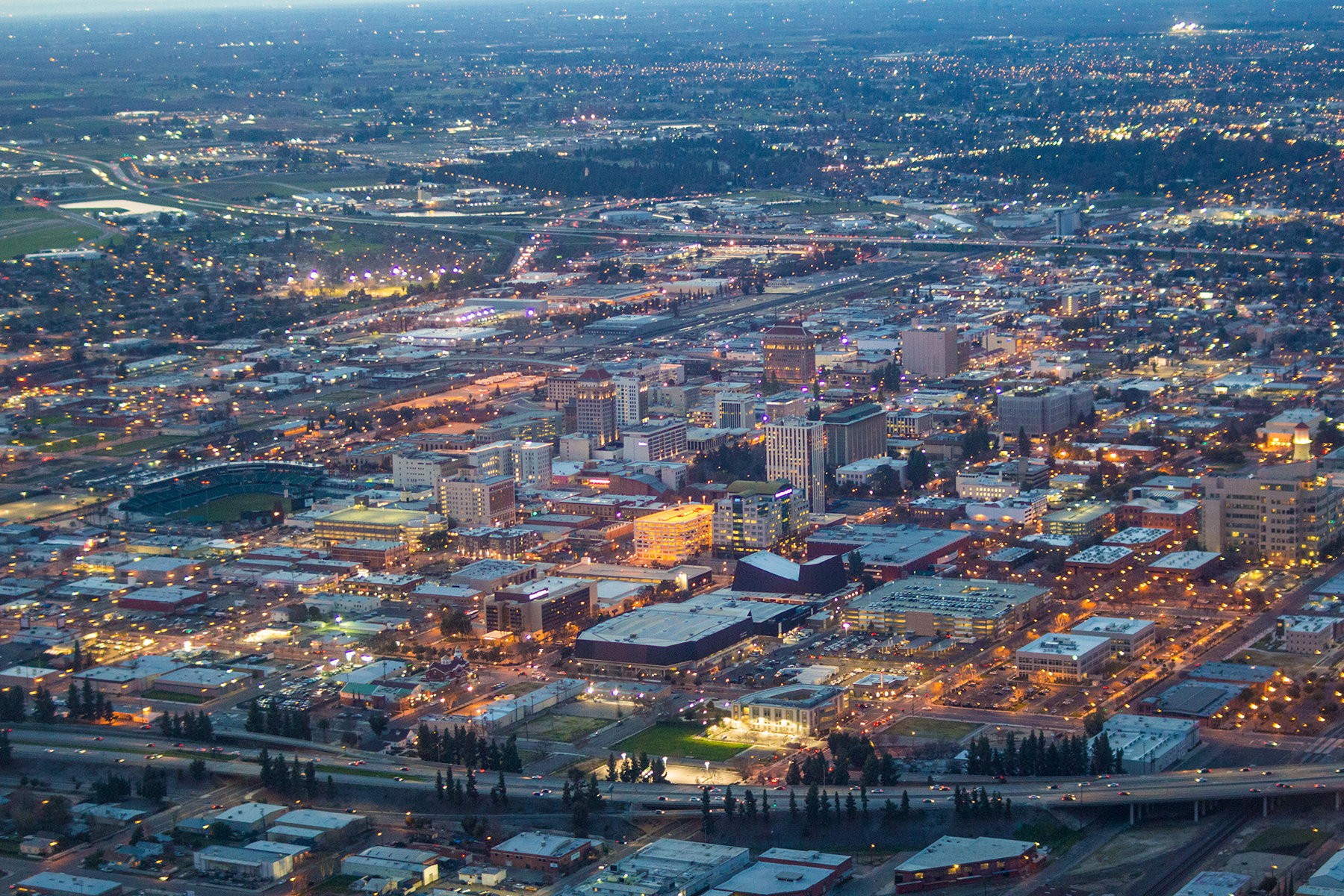 I grew up in Fresno, CA—the center of San Joaquin Valley and, really, the state. While Fresno is home to a great deal of large-scale agricultural production, it’s not all farm land; it’s the 34th most populous city in the US, ranking between Tucson, AZ and Sacramento. Cher went to high school in Fresno…so there’s that.
Fresno’s also the poorest big city in California. You may have heard the word, “ghetto” used as slang for something that associated with being poor, budget-friendly, or sub-par. But in Fresno high schools in the early aughts, “ghetto” was replaced with “south of Shaw.”
“Shaw” refers to Shaw Avenue, which runs east/west and divides the city in half—racially and economically—thanks to the railroad tracks Shaw replaced, Depression-era redlining, and suburban sprawl.
When hearing—or, admittedly, using—the term “south of Shaw” in high school, I didn’t think much of it. With the exception of a couple historic neighborhoods like Fig Garden, home to North Van Ness Blvd, which transforms into the spectacular Christmas Tree Lane every December, the phrase held up: south Fresno was depressed, disadvantaged, and dangerous; and Shaw was the border. (By the way, my high school was literally south of Shaw—way south—with a student body that was a combination of neighborhood students and magnet students from all over the city but largely from neighborhoods north of Shaw.)
It wasn’t until I learned, sometime in college, that Fresno’s wealth gap was the largest in the nation that I reflected on how loaded of a phrase “south of Shaw” is. It tells us something about the impact “place” has on the people in and around it. (Fresno is now ranked second in the nation for income inequality, just behind Bakersfield, which is about two hours south of Fresno and also in the San Joaquin Valley.)
I found a 2013 dissertation from a PhD student in City and Regional Planning at UC Berkeley called Health Equity in a New Urbanist Environment: Land Use Planning and Community Capacity Building in Fresno, CA (I hope she got that PhD!). In it, I learned that Fresno’s racial and social segregation is due in large part to historic and sustained land use, which can have major health implications on the populations in those neighborhoods.
For example, the majority of the city’s industrial areas are located—you guessed it—south of Shaw. In 2005, the lifetime cancer risk for people living in neighborhoods south of Shaw was 27% higher than those living north of Shaw, likely due in part to there being three times as many tons of toxic chemicals emitted in South Fresno compared to North Fresno.
And in 2011, neighborhoods north of Shaw had nearly three times as many acres of parks per capita than neighborhoods south of Shaw. And we know that 1) people are more physically active when they have access to safe, affordable, high-quality space for recreation; and 2) physical activity is critical to prevent and control chronic disease.
So to bring it all home (so to speak), in 2011, the average life expectancy for those living south of Shaw was 2 years less than those living north of it.
Turns out, the term “South of Shaw” isn’t just slang. It’s a term infused with data and history about the systems of power and (dis)advantage that allowed certain groups of people to settle north of Shaw while it was made virtually impossible for others to do the same.
Who knew that a high school student’s go-to insult would become the basis of the work I do now? It shouldn’t matter if you live south of Shaw or in the southern states of the US; everyone deserves the opportunity to live a healthy life in a healthy place. Even Cher.

2 Replies to “That’s So South of Shaw: Geographic Health Disparities in My Hometown”