I have a Master’s of Public Health in policy and management. While I work in public health and tobacco control policy specifically, most of my policy-related classes were related to healthcare, and specifically, insurance: the ACA, payers, bundled payments, etc. In fact, the overwhelming majority of my cohort was comprised of healthcare administration students and we took a lot of classes together, including having to complete an administration-heavy capstone project. (I don’t want to talk about it.)

Why am I telling you this? Because I think it’s safe to say that I know more about healthcare and insurance than your average American.
I’m not bragging. I’m setting the stage for what is a rant about how ridiculously difficult it is to understand the costs of a simple healthcare procedure.

I received an estimate for the physician fee and was given procedure codes and phone numbers for the other two.

“No big deal,” I thought. “I’ll just call those numbers, give them those codes, and get some estimates.”

Turns out it’s kind of a big deal. 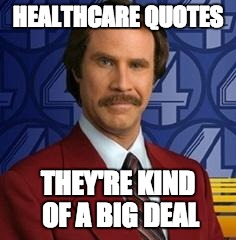 What followed was some not-so-deft navigation of a maze of recorded menu options that took me to wrong departments, voicemail boxes (voice mailboxes?), unanswered phones, people explaining what insurance is (seriously), and general frustration.

I emailed with my physician’s assistant. I called the facility. I called the anesthesia provider. I even called my insurance provider (which, by the way, was the worst offender of all of them, passing me around like a hot potato and being so far beyond unhelpful I might as well have called them to order a pizza). I got a quote for one thing on Thursday that doubled on Friday, while another dropped by several hundred dollars. I tried changing up my language, the keywords I used to get to the right department, to get them to understand my case and give me a straight answer.
And I am still confused AF.

But here’s the thing: I know that I have options. I know that I’m allowed to ask questions and negotiate. I know that I’m supposed to do my own research and gather as much information about my procedure and its costs as I can. And I also know that I can afford this procedure, whether it’s by paying down my deductible or paying out of pocket, and I’m going to get it.
But a lot of people don’t know these things. And they don’t have the resources or the advocates to carry them out.

A Federal Reserve Board survey found that 47% of participants would have to borrow money or sell something in order to pay a $400 medical bill. And that’s just addressing the cost issue, saying nothing of the complicated way in which medical care options and prices are communicated to the patient (or, I should say: the consumer).

So to make this less of a rant and more of a call to action, I ask that, when it comes to healthcare, you ask questions and do your research. Be persistent. And help others do the same. And if you work in healthcare, please fix this!