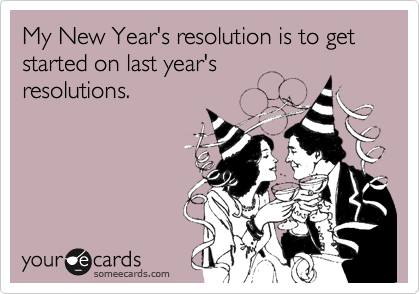 January’s winding down (already?!) and New Year’s resolutions are starting to fizzle. As it turns out, I don’t typically make them, but I recently learned about reverse resolutions and think they’re a great alternative.

Reverse resolutions are commitments to continue doing the things you successfully did last year, setting yourself up for success this year.

Example: Towards the end of 2015, I exercised every day. Instead of saying that I’m going to lose weight or get toned in 2016 (which is lofty, even if I frame it as a SMART goal), I’m going to ride the wave of the fitness routine I’m already in and just keep going.

So, look back to 2015. What successes did you celebrate? Resolve to keep at them and see where you are next year.